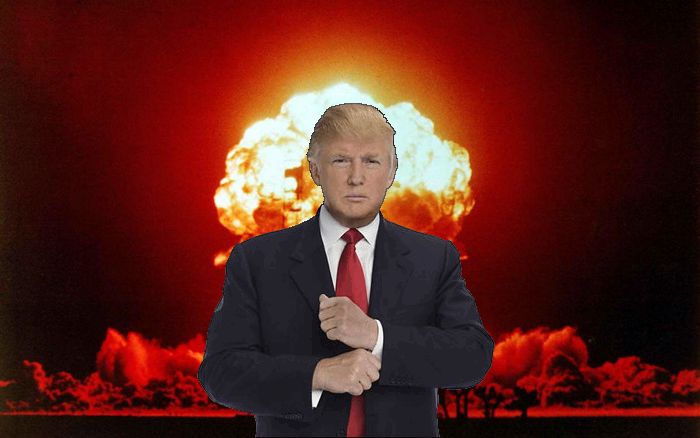 Modern nuclear weapons have the potential to reignite arms race and increase the risk that nuclear weapons might be used. Thus, in order for the U.S. to strengthen its global leadership in nuclear disarmament, enhance its ability to deter new weapon states, improve its efforts to prevent nuclear terror, and reduce the danger of the use of nuclear weapons, it should stop building modern nuclear weapons and replace existing ones with potentially equally effective ways of achieving deterrence. Such ways will include the use of advanced conventional weapons or better still, as Pope Francis puts it, investing in building trust between nations so as to pave the way for total nuclear disarmament.

Modern nuclear weapons will not make the world safer, in fact, they will heighten tensions and inspire an arms race. Already the testing of B61 has received considerable criticism from other nuclear powers. Russia called it irresponsible and provocative while North Korea termed it as a security threat to its people. Some of these countries (and even more) can also make the same weapons, hence undermining the international nuclear nonproliferation regime. The magnitude of nuclear force in even the smallest feasible weapons can lead to unprecedented consequences. Furthermore, modern nuclear weapons are not immune to uncertainties in weather conditions or errors during delivery and during target identification. A simple mistake can lead to devastating consequences. Pope Francis cautions, “nuclear weapons have long-term consequences for the world, hence, we ought not to make them easier to use, for that will devalue not just their devastation, but the lives of the survivals worldwide”[4]

In his much cited Prague speech, President Obama noted that the U.S has a moral responsibility to lead other nations towards nuclear disarmament.[5] Given that the US and Russia have been limiting their nuclear arsenal since 1969 – the US has reduced its stockpile by 84% from a Cold War peak of 31, 255 warheads in 1967  – it can be construed that the President’s speech referred to a more accelerated process. I do not think President Obama’s modern nuclear weapons, though less in number meets the spirit of his Prague speech.  Having nuclear weapons in any form is an indication that their use is not inevitable and this does not make the world safe. With the increase of non-state terrorists who can easily acquire nuclear weapons, the world should reconsider whether it is safe for any country to have a nuclear infrastructure. The US is perhaps the only country with the political influence and capability of leading other nations in achieving this. But in light of its own nuclear advancement activities, less powerful nations may not trust it to negotiate a total nuclear disarmament. Hence, countries like India and Pakistan will continue increasing their nuclear arsenal.[6]

Countries often cite deterrence as the main reason for keeping nuclear weapons but some scholars have countered that argument terming it as an imperfect security strategy,[7] immoral,[8] and impractical.[9] If indeed deterrence is the main motivation, conventional precision technologies may be able to serve the function but it seems nuclear weapons mainly function to maintain the balance of power, and as long as this continues, the world will be at risk. If political leaders cannot commit to getting rid of the nuclear scourge from the world, the citizens must do this by themselves. Civil societies and ‘towards nuclear zero’ movements should keep pushing for the realization of this goal.

[4] Pope Francis (2014) Papal statement during the Conference on Humanitarian Impact on the use of Nuclear Weapons. Vatican

[8] Pope Francis (2014) Papal statement during the Conference on Humanitarian Impact on the use of Nuclear Weapons. Vatican